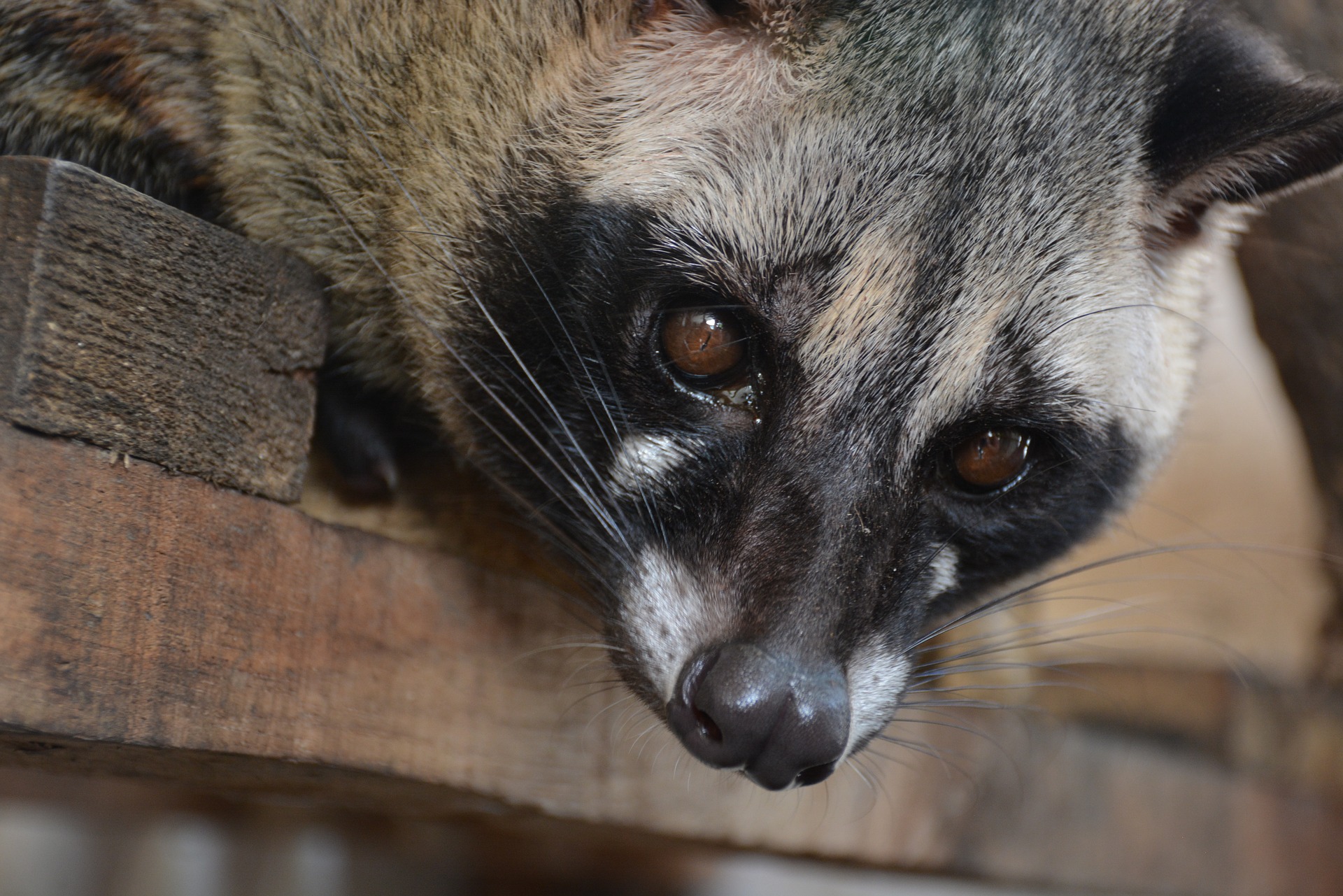 The rise in deforestation and human encroachment as well as indiscriminate hunting has contributed to the decline in the wild civet cat populations. In this article, we shall consider the need to protect civet cats from going extinct by integrating them properly into the human communities through domestication. 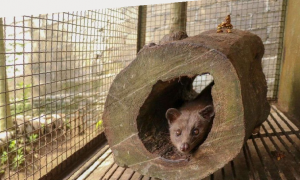 For hundreds of years, civet cats have been kept in captivity with higher rates of survivability. As recorded by the FAO, civet cat farmers have kept civet cats for more than two hundred years for musk production although amidst some animal welfare issues. It is stated that about 200 farms are containing over 4000 civet cats with each farmer keeping 10-15 civet cats on average (www.researchgate.net).

DOMESTICATION OF CIVET CATS-CHANGING THE NARRATIVES

From the above paragraph, it is clear that if proper study and investment are put into the welfare issues of civet cats, captivity could be changed to domestication. In our article on keeping African civet cats as pets (https://animaltract.com/african-civet-as-pet), it was mentioned that civet cats are trainable and a few people have succeeded in keeping civet cats as pets. The process of domestication may take time or maybe generations of civets to reach the final goal but however difficult it may be, it is doable. Knowledge and science are advancing very fast such that information abounds. Your ability to understand the behavior patterns of an animal helps you know the dos and the don’ts. Have you heard or seen people keeping and mingling with lions? Once you can communicate to the animal that you are a friend and you mean no harm and you prove it over and over again, the animal will eventually accept you. Another good example is the sheep before domestication were considered wildlife but after years of domestication, no one considers sheep and goats as wild animals although we still have sheep and goats in the wild.

“sandy colic in horses can be that easy to manage, find out from this study case”

This is still a subject of study, however, to eliminate animal welfare issues I recommend at least a 5m square area for 5 or fewer civet cats with each of them having a separate hiding area with adequate enrichment. The design should be such that there will be an open area where the civet cat can walk around to exhibit natural behaviors and interact with a human companion. There should also be a well-designed civetrine or at best you can allow them to choose their favorite spot then you can design it in such a way as to be able to empty it regularly. Keep the entire cage fenced/enclosed until your civet pet begins to accept you.

Although African civet cats are carnivores, they are considered omnivores, civet cats naturally eat fruits, insects, and smaller reptiles including snakes. In captivity, they feed on maize meal, meat, vegetables, and eggs as well as birds. Just make sure their feed is well rationed to provide their nutritional requirement.

REASONS WHY SOME PEOPLE ARE AGAINST DOMESTICATION OF AFRICAN CIVET CAT

WHY DOMESTICATION OF THE AFRICAN CIVET CAT IS THE NEW NARRATIVE. 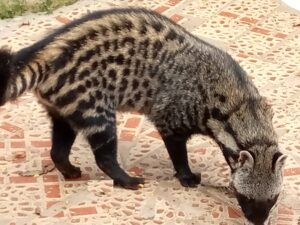 You can refer to our previous post on keeping African civets as a pet through this link https://animaltract.com/african-civet-as-pet).

2. Pattern and nature of fur: the unique blend of black, brown, tan, grey and other colors into unique patterns makes the African civet cats’ fur so attractive and more beautiful than the domestic cat and dog 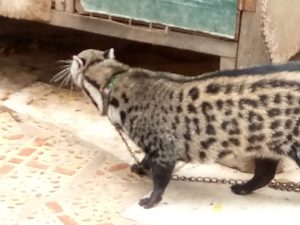 4. Danger to humans: African civets are not as dangerous as they are made to look like, the study of the behavior of African civets in captivity shows they are unable to kill bigger animals, the largest animal being an adult chicken, rats, and snakes that may be a meter long. African Civet cats are maybe able to cause injuries in humans just like if you approach any animal that is not used to you but it is unlikely that they can cause fatal injuries in humans. Relatively, aggressive dogs may be more dangerous than African Civet cats. If African civet cats are domesticated, they may be better companion animals than cats and dogs. Just like evolution has enabled dogs and cats to be able to produce many facial expressions and body language, civet cats may evolve slightly to adapt properly to the human society

5. There may be more benefits human companions can obtain from their civet pets, some of these may include;

OUTBREAK OF CANINE ENTERIC CORONAVIRUS (CECov) IN CITIES OF NORTH ENGLAND; what we know...