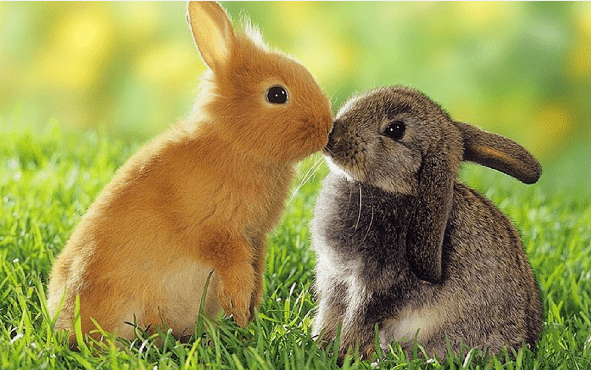 WHAT IS RABBIT HAEMORRHAGIC DISEASE?

WHAT ARE THE FORMS OF THE RABBIT HAEMORRHAGIC DISEASE?

There are three variants of the rabbit hemorrhagic disease virus:

RHDV/RHDVa may cause the death of most or all the rabbits (80–90% lethality) whereas a variable rate of mortality is observed in rabbits infected by RHDV2 (from 5 to 70%). The rabbit hemorrhagic disease, independently from the causative strain, has caused a reduction in some wild and domestic rabbit populations, especially when it is first introduced into the rabbit population.

Rabbit Haemorrhagic Disease spreads readily and the virus is resistant to the most common disinfectant. The strains RHDV and RHDVa commonly affect adult rabbit populations with high fatality while their presence in the juvenile population is subclinical.

On the other hand, the RHDV2 strain affects juvenile populations as much as the adult population even as young as 15 days old according to the OIE.

HOW IS RABBIT HAEMORRHAGIC DISEASE TRANSMITTED?

Rabbit Haemorrhagic Disease is mainly transmitted by direct contact with infected animals through the oral, nasal, or conjunctival routes. Exposure to an infected carcass or hair from an infected animal. Fomites, including contaminated food, bedding, and water.

During experiments transmission by oral, nasal, subcutaneous, intramuscular, or intravenous routes were possible.  Importation of infected rabbit meat. This could be one of the main means of transmission of RHD to a new area. Flies and other insects are able to transmit the RHD virus via the conjunctival route. Wild animals can transmit the virus mechanically including through their feces as reported by the OIE.

Rabbit hemorrhagic disease has a quick onset with an incubation period of about 1- 5 days. Depending on the factors such as the strain of the virus, immune system of the rabbit, etc rabbit hemorrhagic disease can present as peracute, acute, and chronic. The rabbits die within the shortest possible time without showing any significant signs. This makes it difficult to identify major signs prior to death. The commonest thing seen is the sudden death in the rabbits. The other signs that may be identified in acute and chronic forms include fever, inappetence, weakness, respiratory problems, nervous problems, liver problems followed by death. The lactating or nursing rabbits often die faster than the other age groups.

HOW IS RABBIT HAEMORRHAGIC DISEASE TREATED

Just like most viruses, there is no specific treatment for rabbit hemorrhagic disease. However, appropriate antibiotic cover to prevent or limit coinfections during outbreaks, preventive strategies such as biosecurity measures, improving the immune system of the rabbits, Vaccination of rabbit populations have proven to be effective.

GET TO KNOW HOW TO MANAGE YOUR FIRST DOG

A buyer who is noted to be moving from rabbitry to rabbitry to buy rabbits visited this rabbit farm, as usual, to buy some rabbits about 3 days before this outbreak. Unfortunately, he was allowed into the rabbitry without following the biosecurity protocol. There has not been any history of sudden death on the farm apart from that recorded about a year ago which was due to rapid change of feed. There was also heavy rainfall the day before this outbreak.

There were no distinct clinical presentations, so postmortems were conducted on carcasses of the affected ones

BEST WAY TO AVOID MOTION SICKNESS IN DOGS WITHOUT A PRESCRIPTION

WHAT YOUR VET DIDN’T TELL YOU ABOUT FEEDING MILK TO YOUR DOGS!