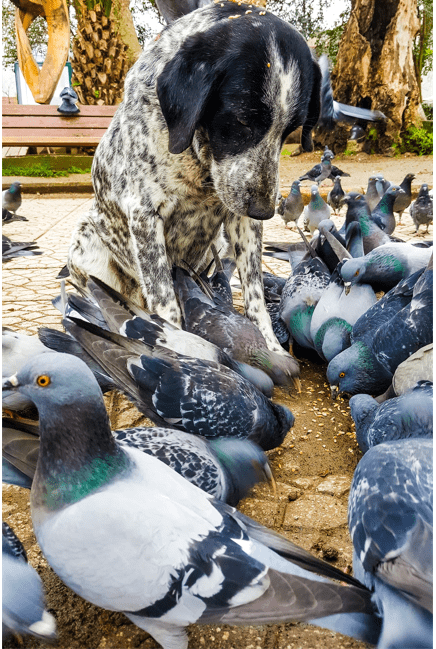 The invasion of Ukraine by the Russian army has left thousands of people in Ukraine fleeing to safety. Some pet lovers have tried to flee with their animals while others have left their animals behind to face the risk of starvation or death during this war. Many more have decided to stay behind to take care of their animals and protect their properties. This article is to help you know some animals at risk, the support systems available and how to get help for your animals if you are in Ukraine . 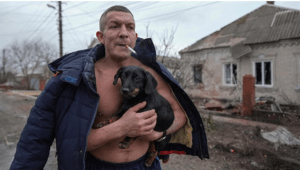 HOW IS THE ANIMAL CULTURE  IN UKRAINE?

The people of Ukraine love animals and keep different animals as pets, food animals, security, or as a natural reserve. 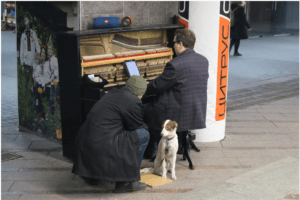 There are about 350 different species of animals out of which about 100 are mammalian species and 250 species that are not mammals. some common examples of animals in Ukraine include Caspian whipsnake, Eurasian eagle-owl, European roller, European bee-eater, European rat snake, matrix, nutria. Sylvia warblers, raccoons, beavers, and more.

WHAT ANIMALS ARE AT  RISK IN THE UKRAINIAN BLACK SEA?

Many species of waterfowl and Mediterranean gull (Larus melanocephalus) are sheltered in the black sea of Ukraine. The war in the Ukrainian black sea will destabilize the habitats of the animals sheltered there. while some may die directly from the influence of war, some attempt changing habitats while may remain in the environment to experience the effects of the assault to the environment would present

WHAT ANIMALS ARE AT RISK IN CRIMEA?

There is a diverse animal population in Crimea including mammals, reptiles, birds, and other invertebrates. In the middle of this war, domestic animals like cats, dogs, Dama dama, goats, sheep, horses, and donkeys are at risk of getting bombed or shot at. lagomorphs, Myocaster coypus, Nasua nasua all of Crimea are at risk and are exposed to the Russian Ukrainian war.

ARE BATS GOOD PETS? FIND OUT!

WHAT BIRDS ARE  AT RISK IN CRIMEA DURING THE RUSSIAN UKRANIAN WAR?

With continuous airstrikes in Crimea, the birds in Crimea would experience destabilized environment which will lead most migratory birds out of Crimea. Other birds may die from the airstrikes. some common birds in Cremia include Falconiformes, Sulliforms, Galliformes,  Gruiformes, Coraciiformes, Charadriiformes., Assipitriiformes, and Columbiformes.

WHAT ANIMALS ARE AT RISK IN KYIV?

With Kyiv under intense attack where bombing, street fighting gunshots, and airstrikes are experienced each day as the war gets intense, the domestic and zoo animals of Kyiv are at risk and although numbers of death are recorded in animals during the war may not be reported, more animals may die. Animal lives around regions where the war is intense are at risk and support is needed to help rescue these animals.

WHAT SUPPORT SYSTEMS ARE AVAILABLE FOR THE ANIMALS IN UKRAINE?

In the midst of the Russian -Ukrainian war, there are some support systems put in place to help the animals from Ukraine which includes;

WHAT DO I HAVE TO DO IF I HAVE ANIMALS IN UKRAINE?

If you have pets or food animals or other species in Ukraine and you are stranded, not knowing what to do, do the following:

Effects of war are felt by both humans, animals, and the entire ecosystem. Support for animals left behind in Ukraine and pets crossing the Ukrainian borders into other neighboring countries with their owners during this Russian invasion of Ukraine has become very necessary. We pray for your support for the animals in ukraine durring this war and i hope this article was helpful to you.

YOU CAN TALK TO YOUR LOCAL VETERINARIAN FOR MORE DETAILS.

I PRAY FOR PEACE IN UKRAINE

A CASE OF COLON DISPLACEMENT IN A HORSE IN GHANA

WHAT YOUR VET DIDN’T TELL YOU ABOUT FEEDING MILK TO YOUR DOGS!